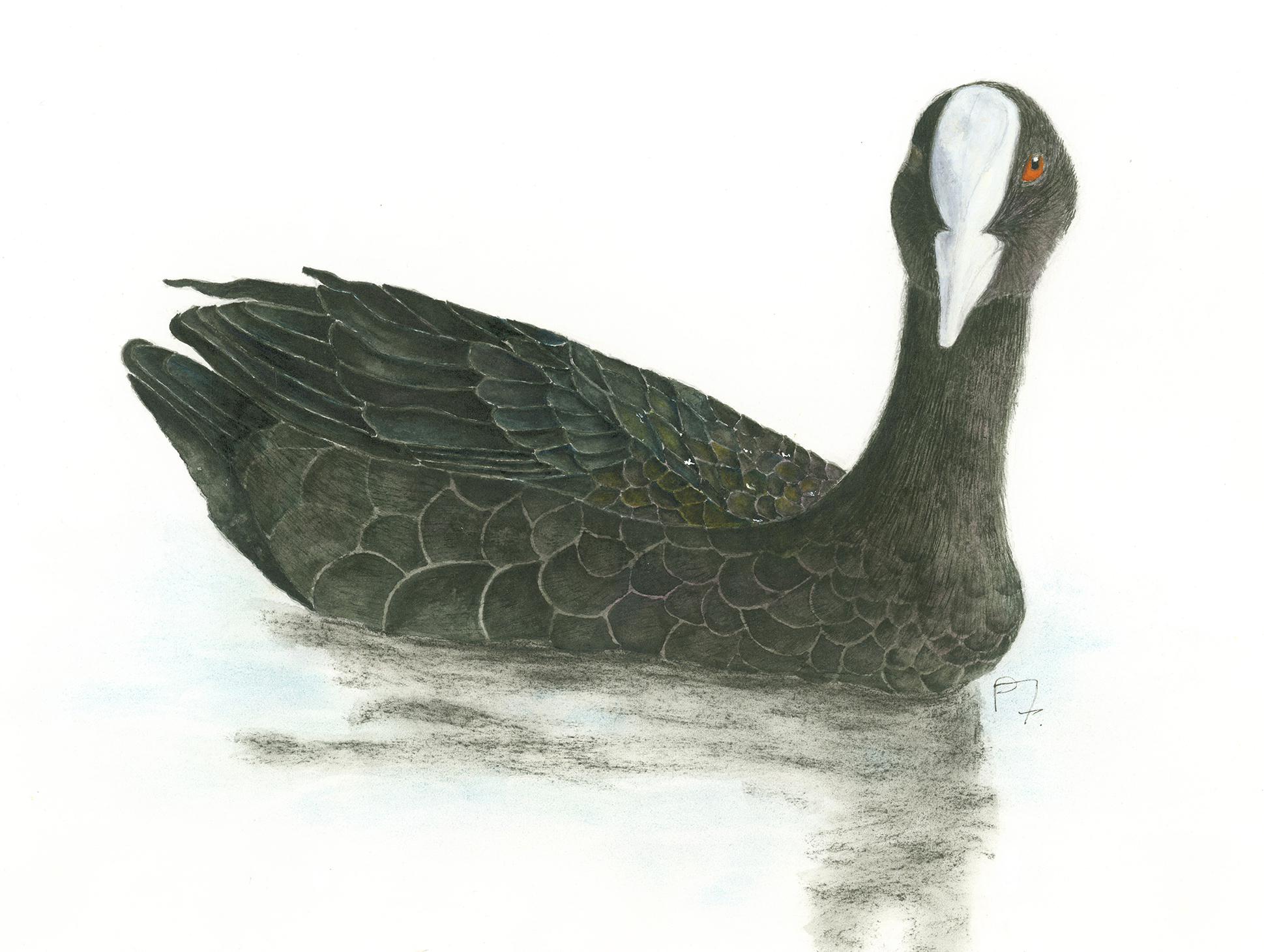 As might be assumed from its name, this bird is also widespread in well watered parts of Europe and Asia. In WA it is more likely to be found in the south-west.

Large numbers can be seen at the lake in winter and spring, when many nesting mounds can be observed. The normal clutch size is 5-6. In favourable conditions two clutches may be laid in the one season. Both parents share the responsibility for rearing the young.

Their diet is mainly herbivorous, but small creatures may also be eaten. The coot has flat lobes on its feet, which assist in swimming.