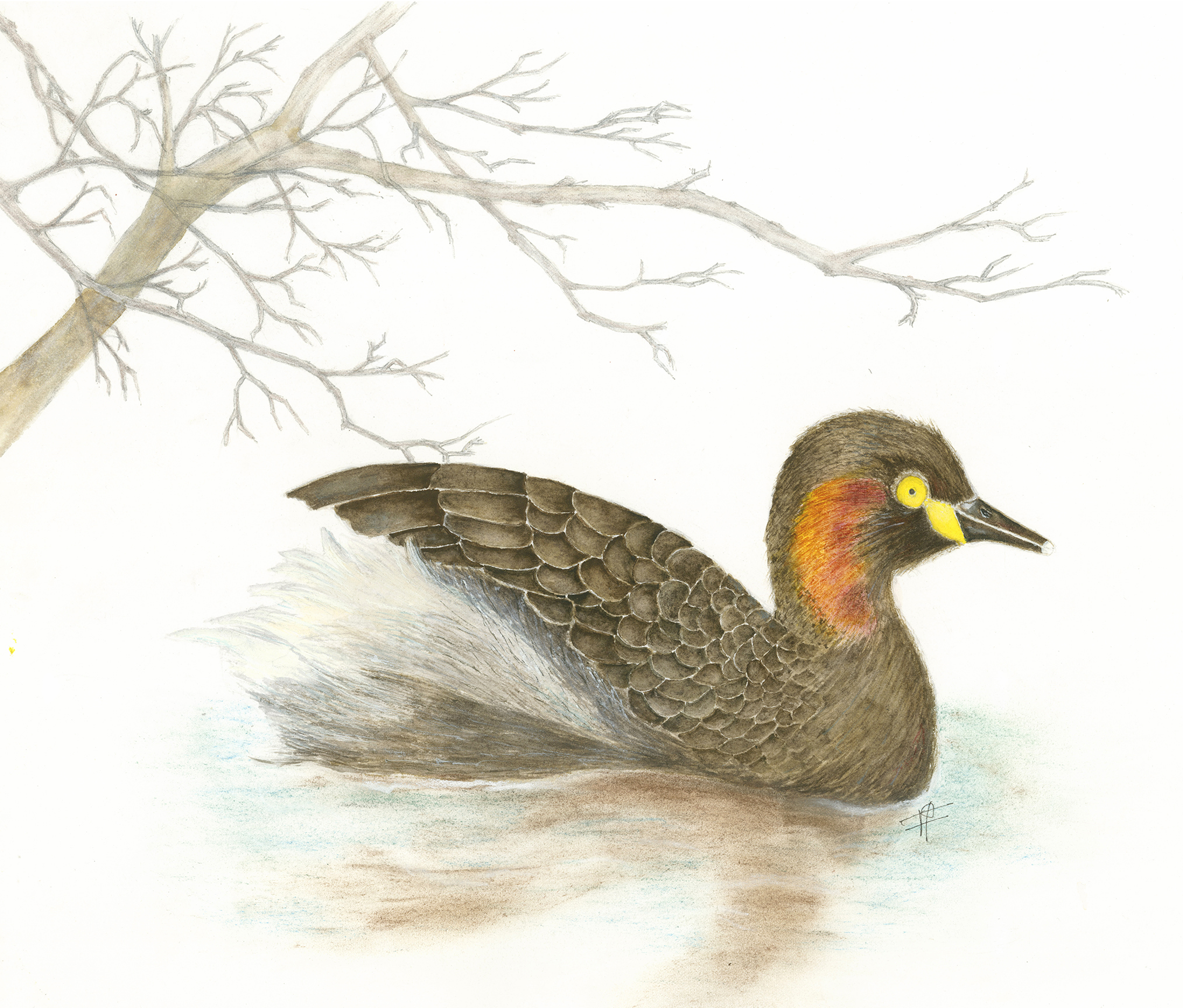 Very similar to the Little Grebe found in much of Europe and Asia, this little bird is widespread in Australia, being found wherever suitable habitat exists. Their diet comprises fish, frogs, snails and aquatic arthropods. When feeding they spend more time underwater than on the surface, and can be tricky to observe. Quite a striking bird in breeding plumage, outside the breeding season they are much duller and are difficult to distinguish from the non-breeding Hoary-headed Grebe. The nest is a floating mass of vegetation, sometimes in an exposed position. Parents aggressively defend their territory at this time. Newly hatched young will often ride on a parent’s back.