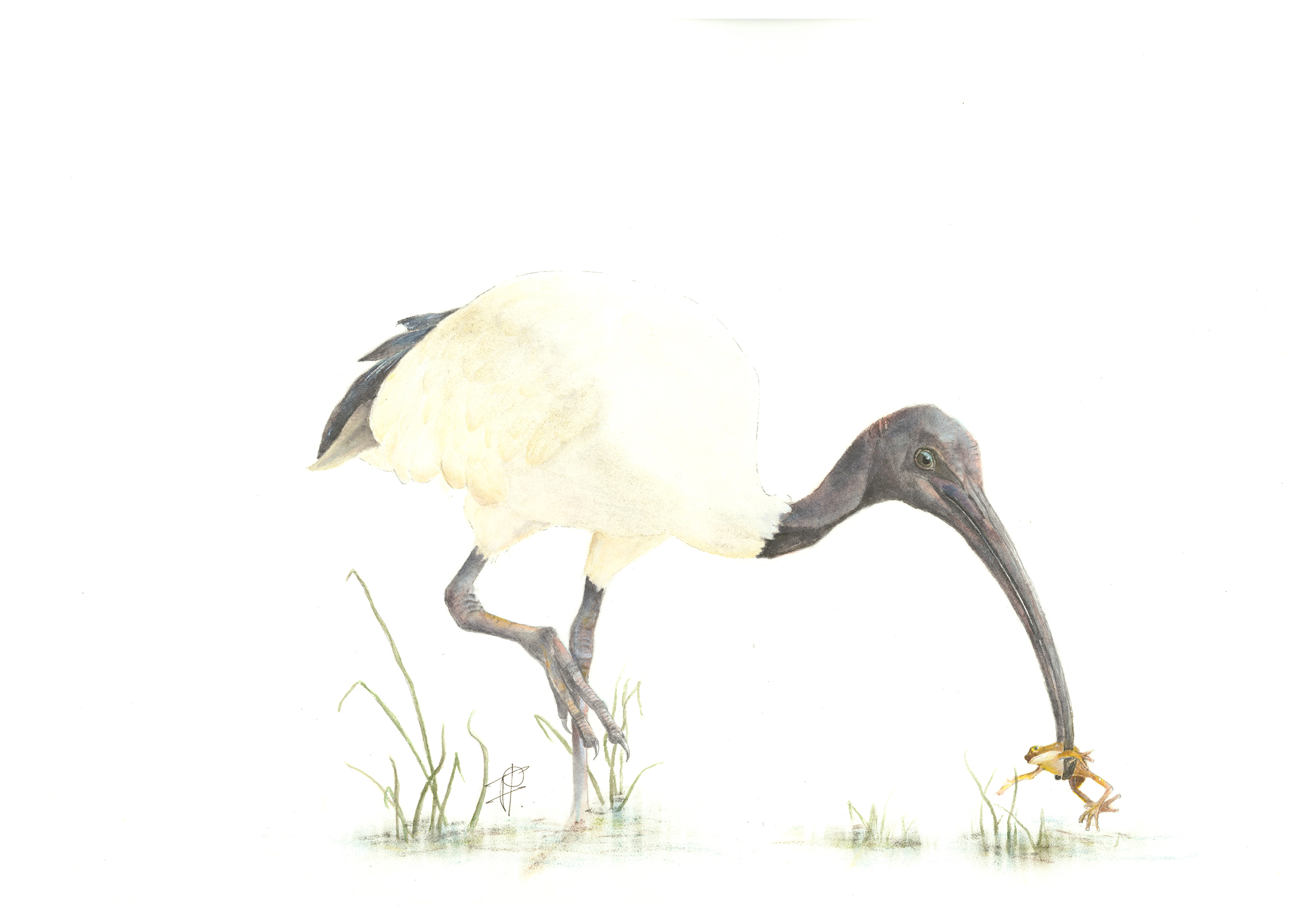 This unmistakable bird is one of two ibis species often seen at the lake; it sometimes forms mixed flocks with the other common species, the Straw-necked Ibis. They can be seen foraging in shallow water, mud, or on the mown grass of the old golf course. They feed on aquatic animals (see photo below) and invertebrates and are known to take snakes.